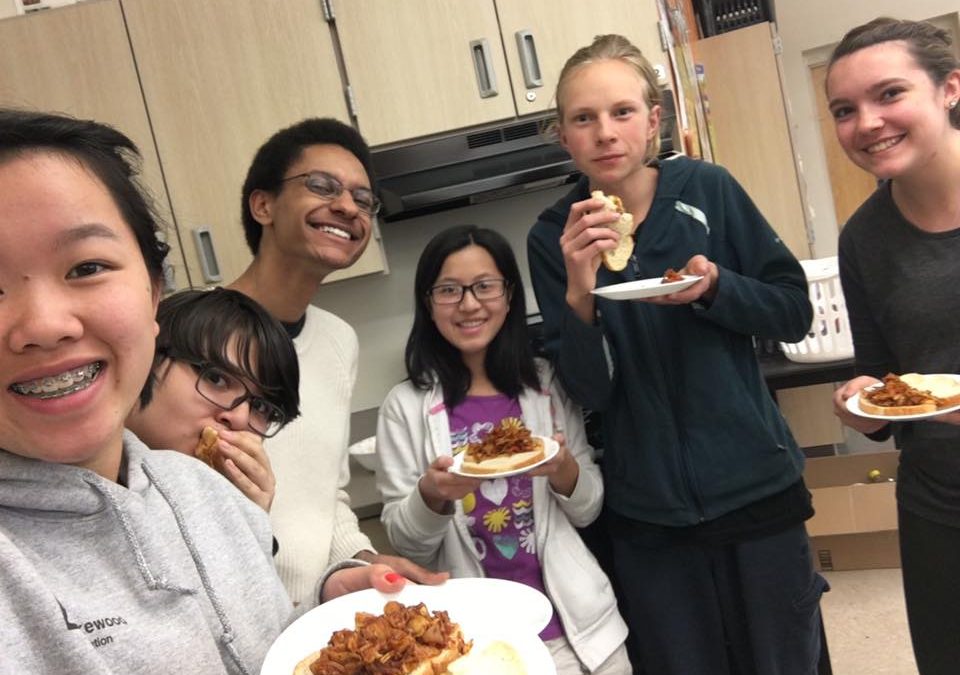 Katie Lynch-Dombroski is President of the Plant-Based Creations Club. She created this club at her high school in the Denver, Colorado metro area.

When did you adopt a vegan lifestyle? What inspired you?

I decided to be pescetarian when I ordered a vegetarian sub one day and thought, “I could just eat like this all the time.” There was not much of a reasoning behind it, except that I had the notion that it would be cool. This was in the fall of 2015.

After a couple of months or so, I said I would be vegan for a month just to try it out. I also had heard of Cowspiracy and how great of a documentary it was. After watching it, I was really shocked about how much of an environmental impact animal agriculture really has and made the decision that I would just go vegan. As someone who cared about the environment a lot, I knew this change could make a big difference. I didn’t want to contribute to the problems. I began transitioning at 15 years old and was fully vegan after turning 16 in the spring following. 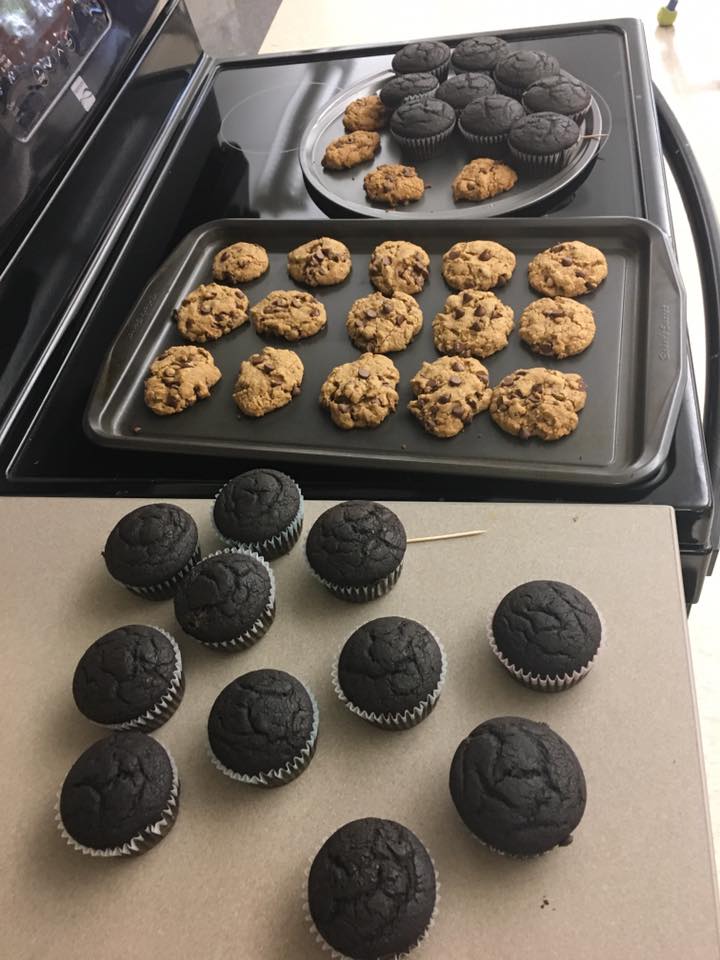 How did you come up with the idea for a Plant-Based Creations Club?

I had always really liked baking and cooking, even before I went vegan. After the transition, it was really fun learning how to make different foods for myself. The idea came from realizing I really like making and sharing new vegan food with other people as well. I had invited my friends to my birthday party, and we cooked a whole dinner using zucchini “zoodles” pasta with my spiralizer. Afterwards, we enjoyed vegan cake and ice cream, which impressed them too. In the morning, they helped me make a tofu scramble and nicecream. It was really fun making and eating the food together. I loved hearing my friends’ positive feedback on trying new vegan dishes. I decided I should start a club for making vegan foods from that experience. 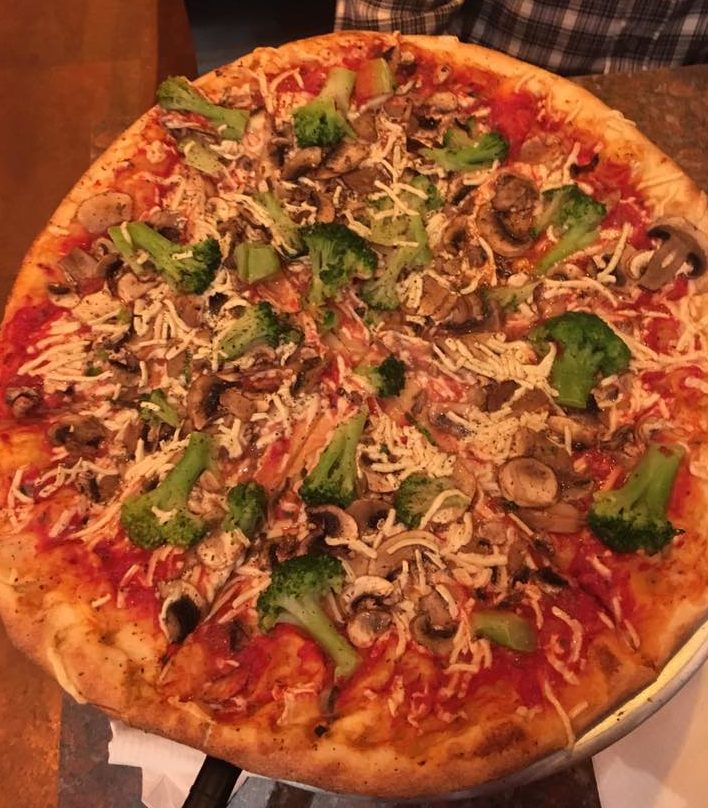 How many members do you have? Are they all vegans?

We have about 10 members, and many are not vegans. My Vice President is vegan, and we have two new members this year who are vegan as well. The rest are not vegan and just enjoy making the food. 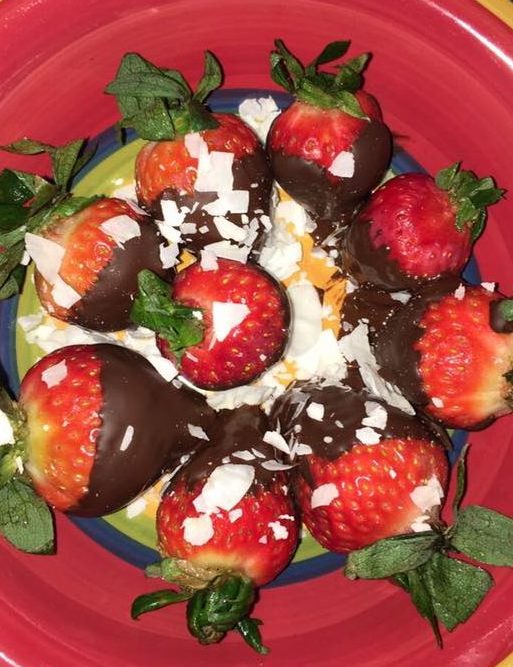 Why do students who aren’t vegan join your club?

Many members are part of the club to learn more about what vegans eat and see if a vegan lifestyle is suitable for them. Some aren’t seeking to change their diet but still enjoy making the food. Many of them find the substitutes and different cooking/baking methods to be interesting, even though the result doesn’t have much difference at all (like soup or cupcakes). 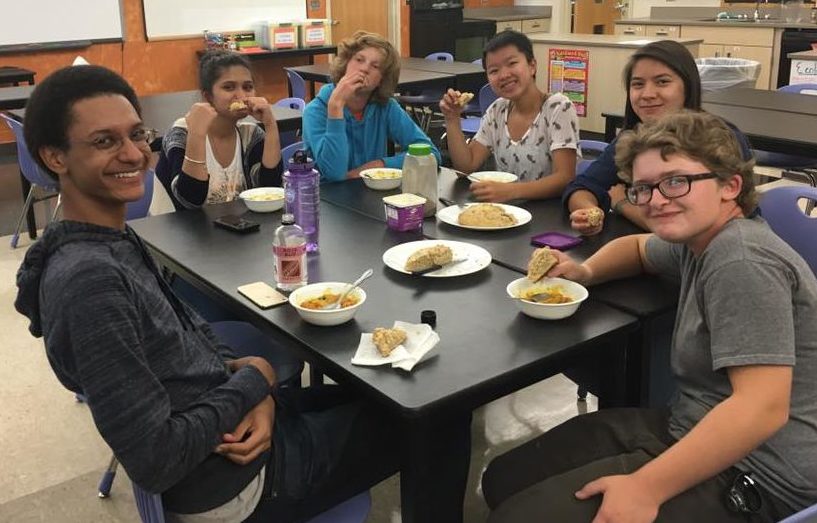 What do you recommend to non-vegan members who are vegan-curious?

I recommend starting small, like trying “Meatless Monday.” You could try just a meatless meal every few days and then working your way up. Try out vegetarian meals at restaurants. Swap small substitutes like eggs in baking or use non-dairy milk. Research new recipes that are easy to make meatless and/or animal-product-free. Find your favorite pages and people on social media for inspiration. 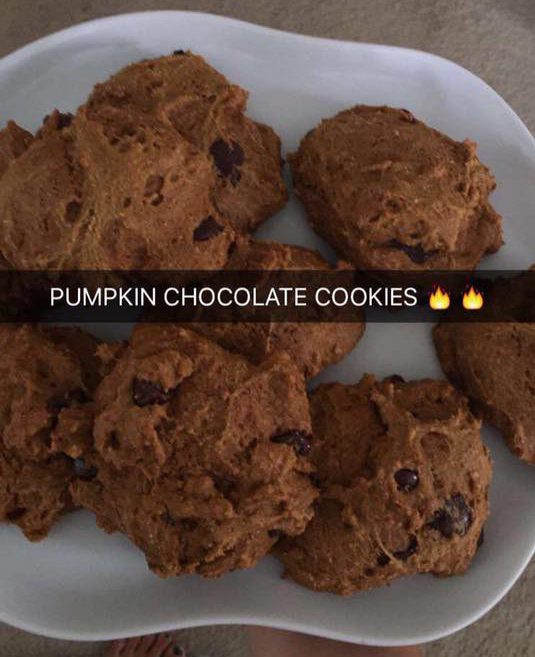 Has your club done any social, community or school activities, other than making delicious vegan food?

We’re one of the most loyal customers of the new vegetarian bakery/deli near our school, which offers many vegan options. We want to support them, because they provide healthy and convenient options for students that weren’t available before. We also host bake sales at the school, and that’s a great way of exposing people to vegan food that still tastes like traditional desserts. 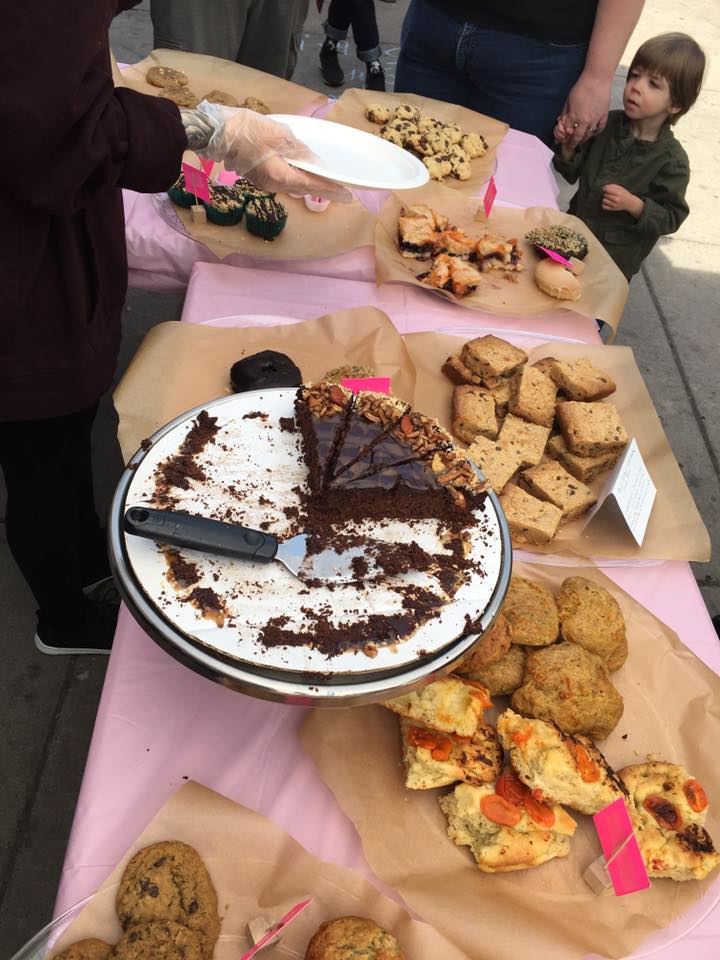 What advantages do you see for a club like yours, compared with a Vegan Club?

Our club, like the vegan restaurant near our school, is about passive education—getting people to try something new. Anyone can join regardless of being vegan or not, so it is welcoming. People are more likely to be open to the idea of eating vegan foods as long as the foods taste good. There is no pressure of having to like everything we make and no commitment to having to go vegan just because you do like a recipe. A strictly vegan club would also make it more difficult to engage other students to approach joining or coming to bake sales. Current non-vegan members in a plant-based club also promote the idea that anyone can enjoy plant-based foods. 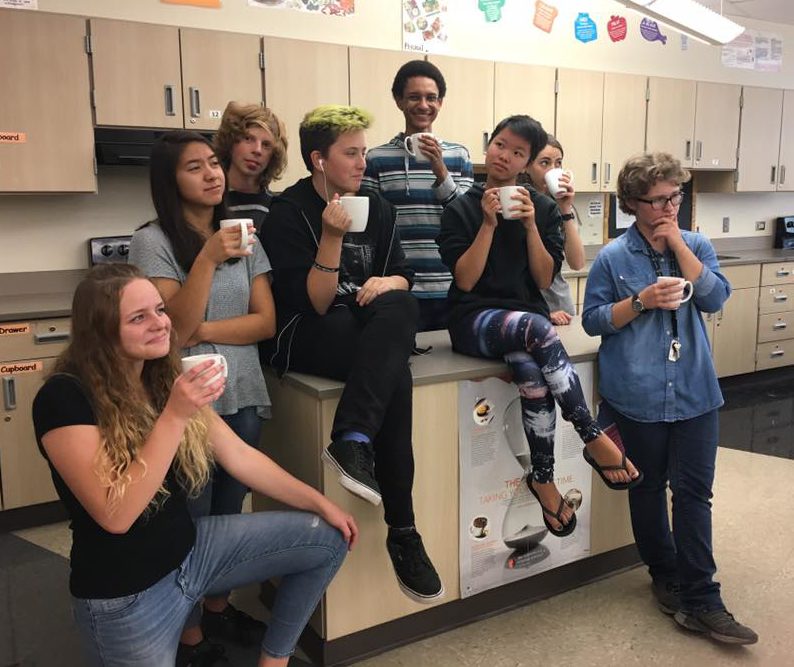