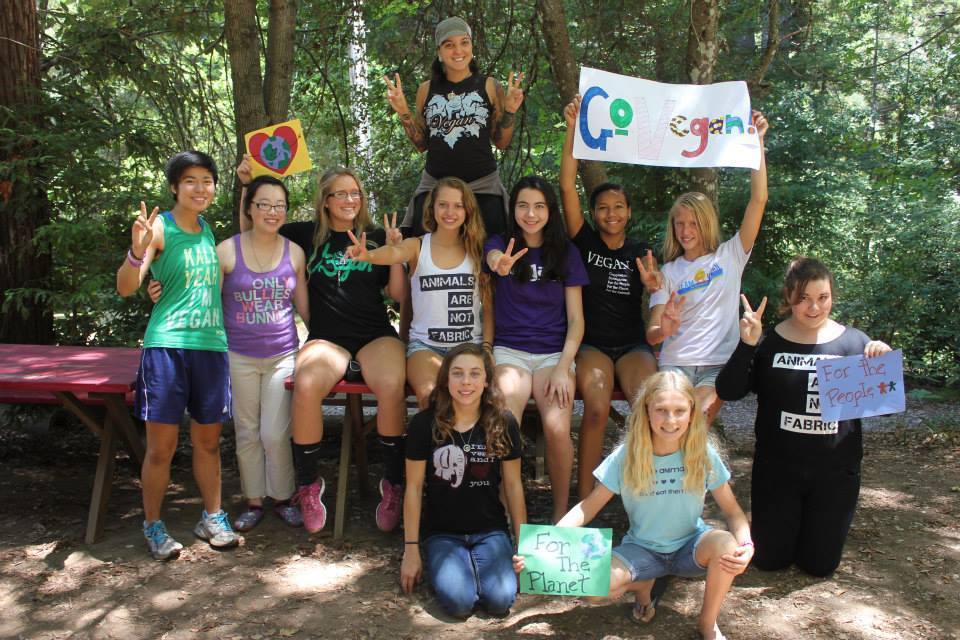 If you’re a vegan teen who wants to attend summer camp but are worried you won’t find food options there, then this guide may surprise you!

Vegan teens have two basic choices exist when it comes to summer camps:

(2) See if you can obtain vegan food accommodations at a regular nonvegan summer camp. Thanks to the growing popularity of veganism, regular camps are much more likely now to advertise their ability to accommodate vegan campers than they did when VeganTeen first compiled this list back in 2016! Some new ones are listed at the end of this post.

I have found many times that regular, non-vegan summer camp staff are surprisingly vegan-friendly. Frankly, this surprised me, because I attended camps in Oklahoma, Arkansas and Texas!

Here’s some steps for maximizing success, based on my personal experience.

After camp is over

Of course, I cannot guarantee a 100% positive response. Only one of the six nonvegan camps I attended expressed unfriendliness about accommodating my vegan diet. The director of an Audubon Society camp talked about how their animal products are “humanely raised,” and she asked my mom if I would feel bad not eating like all the other kids! Nonetheless, their kitchen staff were wonderful in providing me with the vegan alternatives I brought. They even surprised me with a special vegan treat for Sunday brunch that they made just for me! That said, an Audubon Camp in Massachusetts now lists its ability to accommodate vegan campers right on its website, so things definitely are improving!

Of course, attending a known vegan or vegan-friendly summer camp is even easier than arranging accommodation at a nonvegan camp.

The Vegetarian Resource Group (VRG) lists many camps as vegetarian and/or veg-friendly (here). A new vegan-friendly camp since VRG published their guide in 2011 is Stomping Ground, “an overnight camp dedicated to empathy, self-direction, and possibility located in the Catskill Mountains outside of Binghamton, New York.” Two others are Gold Arrow Camp, a traditional summer camp for boys and girls ages 6-14 located on Huntington Lake in California and Mountain Camp, a traditional co-ed summer resident camp near Lake Tahoe for campers entering 2nd-12th grades. Finally, there’s Camp Zeke, an overnight camp where kids celebrate healthy living through fitness, cooking (a vegan option is available at every meal), sports, farm-to-table gourmet food, and joyful Judaism, located in Lakewood, Pennsylvania, and Camp Takodah, an overnight YMCA camp in Richmond, New Hamphire that even lists a vegan menu.

Keep in mind that you should always check with any camp you’re considering in order to make sure they still offer vegan-friendly meals and snacks.