Isabelle: Vegan Even Since Before Birth 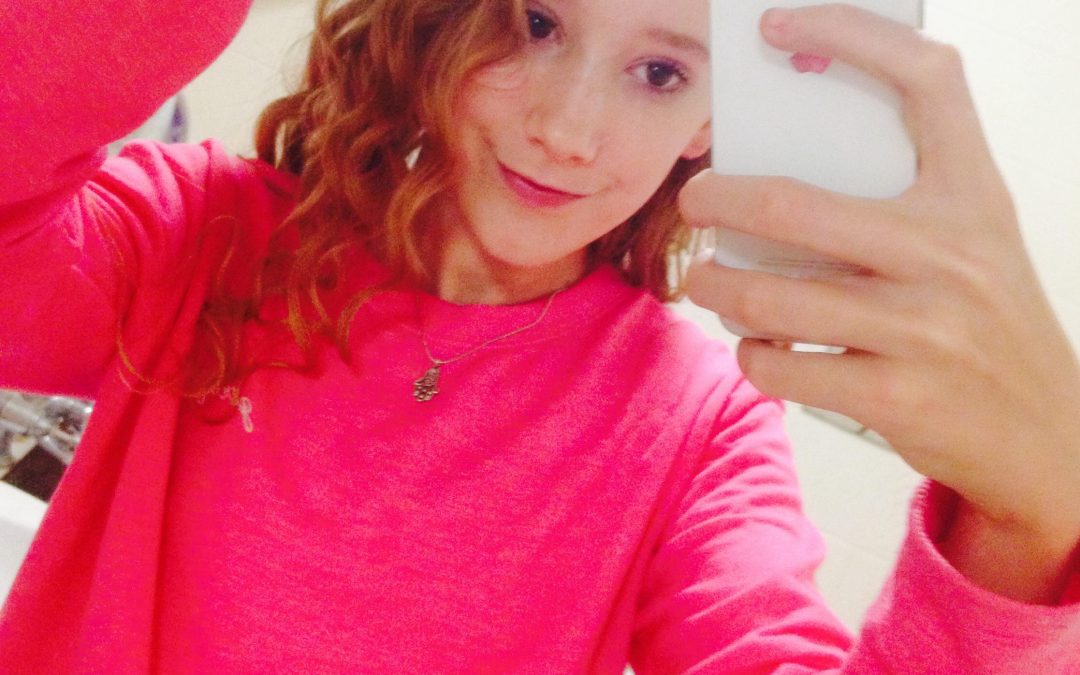 Thanks for this interview! Can you give us the basics about yourself and tell everyone how long you’ve been vegan?

Hi! My name is Isabelle and I am 14 years old. I have been vegan my whole life! It’s something I have always been and I could never not be! I have a lovely vegan family that I live with and we have lots of rescue animals too!

Was your mum vegan when she was pregnant with you?

Yes, and with both my brothers too! And we were born very healthy!

What has being raised vegan—even since before birth—been like for you and your brothers?

We are all healthy as can be! We all love being vegan SO much!!

What inspired your parents to have a vegan family?

My mum went vegan at 19 and was vegetarian from 10 years old. As soon as my mum found out the truth about where her food was coming from, she went vegan.

My stepdad has been vegan around 5 years. My stepdad is from a hunting background, so he was raised to think that killing animals in the wild was more ethical. He went vegan because of the fishing quota sent to the Dutch. The Dutch just destroyed the ecosystem and killed all the fish in our oceans for a money backhander to make the politicians rich. He thought it was so wrong that he didn’t want to be part of any animal suffering. Also, he was a practicing Buddhist and needed to achieve veganism as part of his spiritual development.

How do people react when they learn you’re a lifelong vegan?

People try to argue with me about veganism at school, but they have no good arguments.

The main things they say are “I could never do that” and “but meat tho.” (Rubbish excuses if you ask me…)

Have you influenced anyone else to go vegan?

Yes, I have inspired quite a few people to go vegan. Unfortunately, because of our age, their parents have convinced them not to, and they went back to eating meat.

How do you feel about parents who don’t support their children who want to go vegan?

It makes me upset that adults force their kids to eat meat and dairy, because even when these people realise the truth, they can’t act on it. I wish adults would listen more and respect children’s opinions! Just because we are younger doesn’t mean they can’t learn anything from us! I really hope I can inspire loads more people to go on the vegan journey!

How do you connect with other vegan teens?

It is hard to find vegan people my age. I don’t know any, but I connect with people online and go to vegan festivals.

What do you say to people who say we need animal products to be healthy?

No one in my family has had health problems related to a vegan diet! All the vegans I know are perfectly healthy, so I know we don’t need animal products and that is just a scam. I have been vegan my whole life, and I am very healthy and hardly ever ill!

Have you ever tried meat, cheese, fish, eggs or any other animal products? Have you felt tempted?

No, I have NEVER tried meat or fish or dairy or eggs! I never would.

Has staying vegan been your choice?

I am free to make my own decisions about what I eat, but I would never not be vegan! I don’t let anyone change my decision to be vegan; I care more about the animals than I do about their opinion!

What’s your advice to people who are thinking about going vegan?

If you want to go vegan… Do it! It’s easy, cheap, and it’s amazing to go to sleep at night knowing you have saved lives.

Animals lives matter. They feel pain and they feel sadness. They are no different to us, and it is NOT okay to murder innocent beings! Or any beings for that matter!!

Vegan food is so delicious, and there is a vegan substitute for every non-vegan product out there! There really is no need to harm animals.

Have you noticed more interest in veganism recently?

I do think veganism is spreading! We will take over the world!!

Do you do any kind of vegan activism? What do you think is the best way to advocate?

I spread the word about veganism by talking to people about it at school, and if people ask me I answer their questions! I think that is a very effective way to share the word!

What’s the worst part about being vegan?

There are no bad things about being vegan! You are saving lives! There is nothing better than that!

Would you raise your own children vegan, if you have some someday?

If I ever have children, I will DEFINITELY raise them vegan! I would like everyone to know that it is possible, it is easy, and it is worth it!

Besides being raised vegan, what else would you like people to know about you?

My hobbies are watercolour painting, ice skating and art in general! I am a normal teen like all of you!

Thank you so much for sharing your experiences as a vegan teen who’s been vegan since before you were even born! Do you have any last message for our readers?

I hope this shows that you CAN go vegan. It IS up to you. Be compassionate, be kind, GO VEGAN!!!!