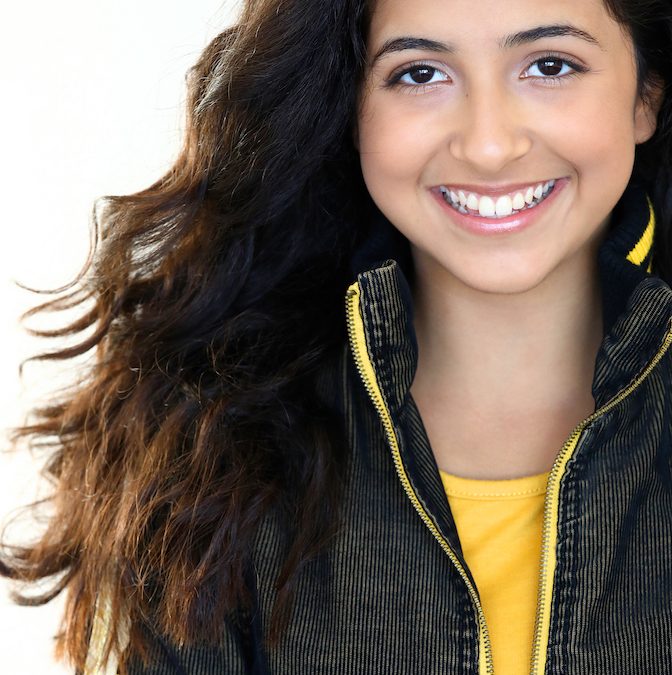 Actress Yanellie Ireland is living proof that 100% plant-based diets can fuel not only healthy young people, but also extraordinary ones! As of January 2018, Yanellie Ireland has 34 acting credits to her name (IMDb) despite only being 13 years old! She has been raised vegan since adoption at age 2.

Here’s my interview with this amazing vegan teen!

How old are you and where do you live?

I’m 13 years old and I live in Los Angeles, California with my mom and brother.

Because you’re an actress in LA, you know I have to ask: Have you met any vegan celebrities?

Yes I have! I met Moby when I was young and more recently met Redfoo from LMFAO. 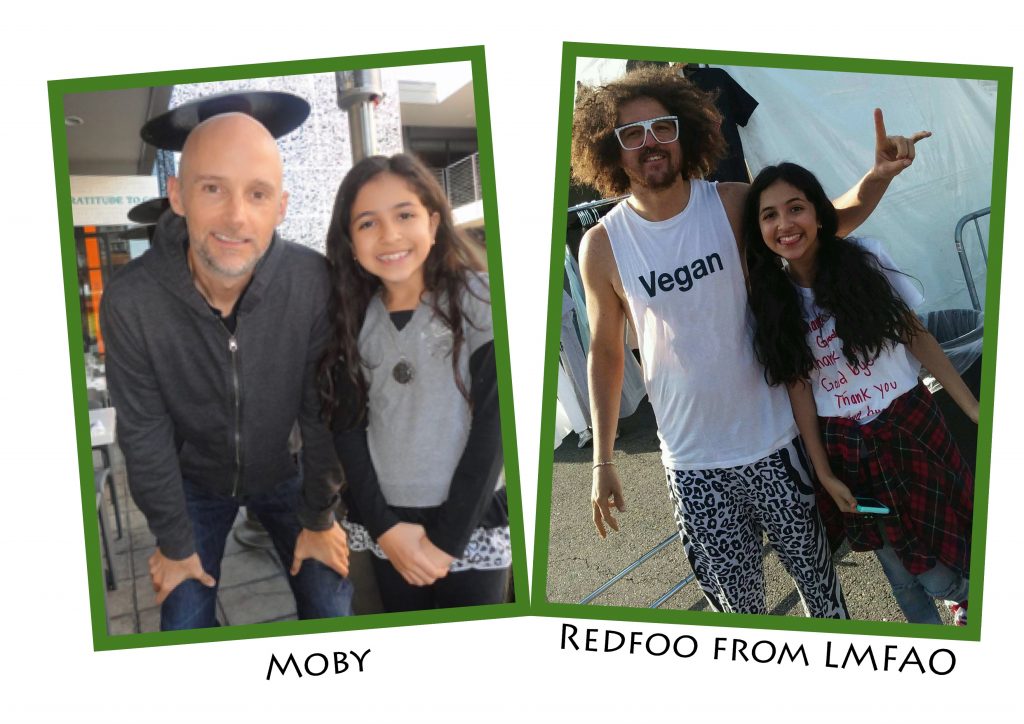 How old was your mom when she started eating a vegan diet?

My mom was 17 when she started eating vegetarian, and 37 when she became vegan.

What inspired your mom to switch to a vegan diet?

Seeing a deer her father killed hanging by its feet in the garage when she was 15 inspired her.

How many brothers and sisters do you have?

I have one 23 year old brother.

How do your siblings feel about growing up vegan?

My brother was raised vegetarian, and decided to go vegan about a year ago. He’s always been supportive of our mom raising me vegan.

Does your mom pressure you to be vegan outside the home, or is she okay with letting you make your own choices?

My mom does expect me to be vegan outside the home. When I go to camp, sleepovers, or birthday parties she sends me with the vegan version of whatever everyone else is having. This way I don’t feel like I’m missing out on anything.

How would your mom feel if you chose to not be vegan anymore?

I’m pretty sure she’d be upset. In our family being vegan is more than just what we eat, it’s a way of thinking. 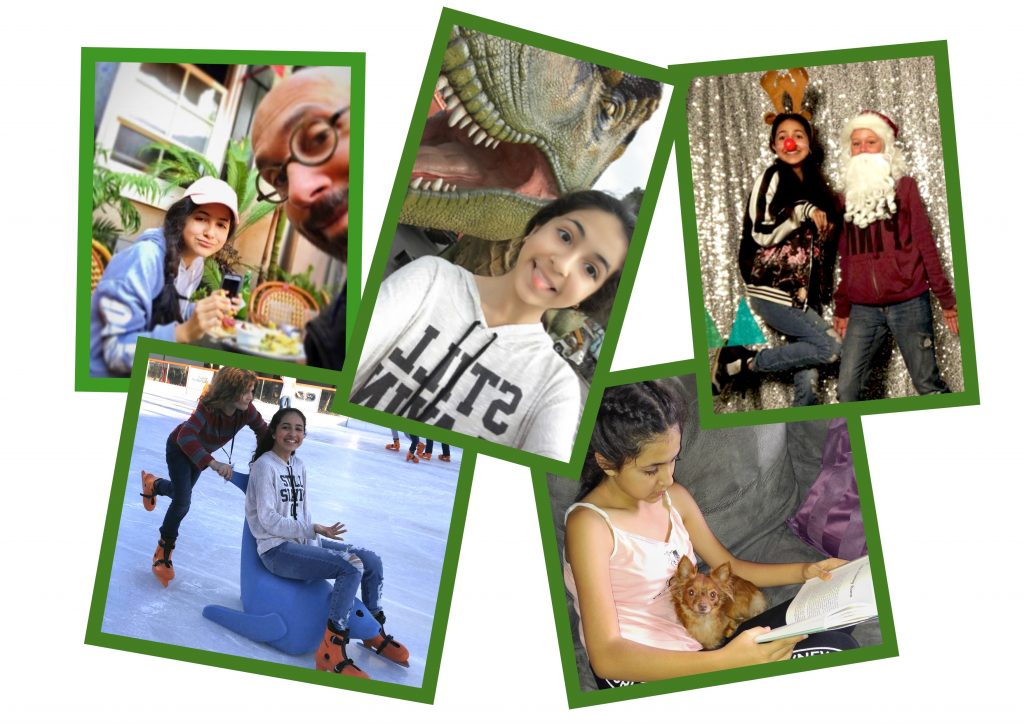 Do friends or kids at school tease you or your siblings about eating a vegan diet?

No. I’m home-schooled, but any friends I hang out with respect that I’m vegan.

Have you ever felt social pressure or temptation to not be vegan?

Sometimes. Not so much when it comes to meat, but dairy can be hard because it’s not always obvious that ingredients are from dairy. For example, casein is an ingredient that comes from dairy, but that isn’t obvious unless you already know it. Birthday parties, summer/winter camps, and amusement parks can be tricky, because they don’t usually have vegan options so we take our own food.

Has it been hard to find other vegans where you live?

A little, yes. Right now I only have two vegan friends. I think most people are still learning what veganism really is, and that it’s more than not eating animal products. It’s not wearing leather or wool and not using anything that’s been tested on animals. It’s also about reading labels and learning what the ingredients actually are and where they come from.

In what ways have you been able to connect to others through your vegan diet?

By showing people that I’m no different than they are. They need to know it’s not hard and they’re not missing out on anything by going vegan.

Do you think being vegan has positively influenced others around you? If so, how?

Yes. Anyone who’s tried the vegan options my mom makes likes them, and when we get together with friends for dinners they’ll usually choose to serve only vegan food, which is really cool. 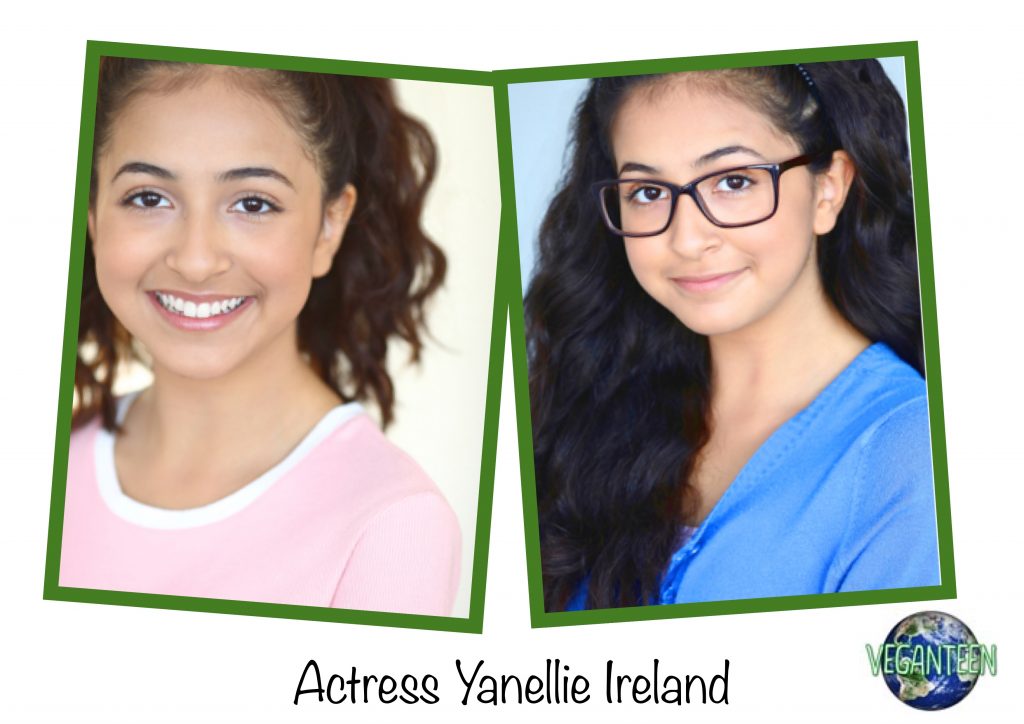 Some people say children need animal products for proper brain development. How do you respond to that?

My understanding is that children need Omega 3 for brain development, not animal products. There are lots of vegan foods with Omega 3 like chia, flax, and hemp seeds, pecans and walnuts, leafy greens like spinach and kale, blueberries, and winter squash.

Do you believe people when they say you have to raise kids with animal products, or they won’t be able to eat them as adults?

Hopefully vegan kids won’t WANT to eat animal products as adults. Not being able to eat them is actually a good thing if you ask me.

Have you ever tried meat, dairy or eggs? Why? What did you think?

I’ve tried cheesecake because it was being served during lunch on set, and I liked the taste, but afterwards it felt heavy in my stomach and left a weird taste in my mouth. I did try eggs a few times and liked them, but when I think about eating an “almost baby chicken,” it grosses me out. The great thing is that my mom can “veganize” just about anything, and cashew cheesecake is the bomb!

Has anyone in your family had any health problems related to your diet?

Nope. We are hardly ever sick or need to go to a doctor.

How do you think a vegan diet has impacted your health?

In a good way. I’m rarely sick, and when I am I get over it really fast without any medicine. I don’t have any acne or weight issues either.

Do you have any advice for teenagers and college students who want to test out or switch to a vegan diet?

I’d tell them to be sure not to just leave out animal products from your plate. You need to include vegan options that have all the vitamins and minerals your body needs. That really goes for any diet though, not just vegan. 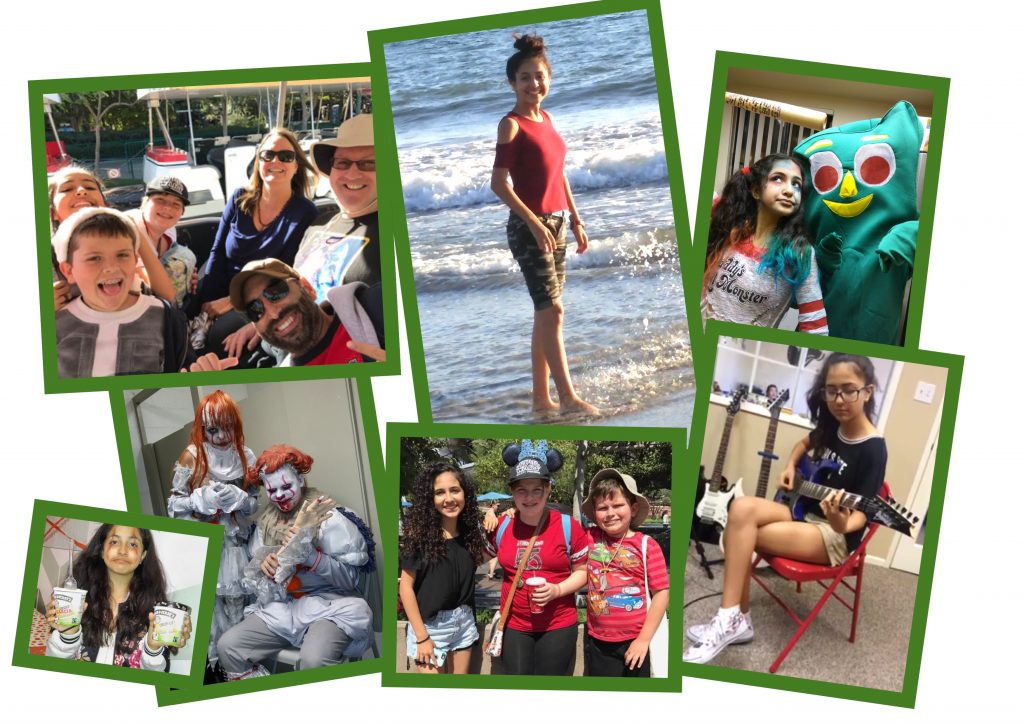 Which issues most influence your dietary choice to eat vegan—health, animals or the environment?

I’d have to say animal rights has influenced me more than anything to stay vegan so far. I’m just now starting to understand the impact eating meat has on the environment, as well as seeing how healthy I am compared to some other kids I know. I don’t believe any animal should die for me to eat, especially when there are so many other yummy foods to choose from.

Do you think growing up vegan has given you a different perspective on animals from other people? If so, in what ways?

Yes. It’s really confusing when I hear people say they love animals while they eat one. It’s weird how someone can say they love their dog or cat, but somehow a cow, sheep, or chicken isn’t worthy of that same love. To me they’re no different. They all get scared, feel pain, love their babies, and get sad when they’re apart from their family.

Do you think veganism is spreading?

It must be, because my mom says when she was growing up there weren’t really any vegan options like we have now. Even when my brother was little, the only vegan alternatives to meat were all made of soy. Now we have seitan, jack-fruit, and pea protein “meats,” and vegan restaurants, vegan culinary schools, vegan cookbooks, and even vegan dog and cat foods!

Have you ever done any educational or activism activities promoting veganism? How do you spread the message?

Nothing official, but I do go to the festivals in our area, and also spread the message by answering any questions people I meet have about veganism, especially other kids.

What do you think is the most effective way to promote veganism?

I think the best way is to set a good example. No one likes to feel like you’re trying to push something on them. To show people that I’m not missing out on anything and at the same time not killing another creature is a great way to start a conversation and get people thinking. 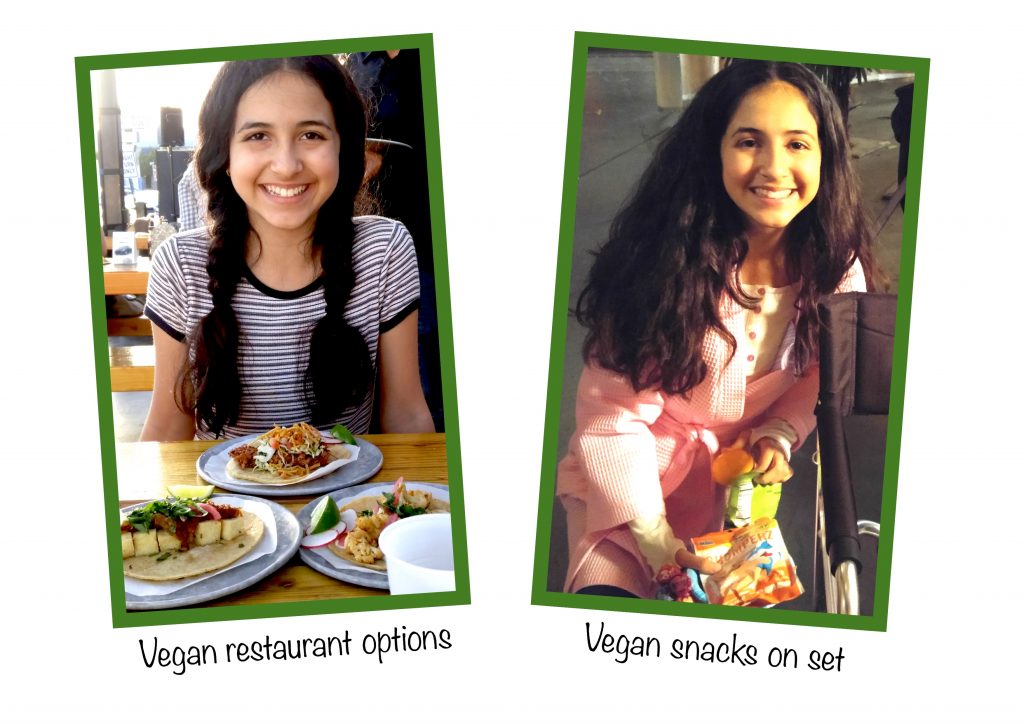 What’s the best thing about eating a vegan diet for you?

To know that I’m not a part of the torture and death of 100’s of animals.

When I was little, it really bothered me that I couldn’t eat what other kids were eating. Now I’m starting to understand that there are vegan versions of just about everything, and they taste really good. Sometimes, when I’m curious how something tastes, my mom will find the vegan version of it instead. That’s what we do for Halloween candy and holidays.

If you have children someday, would you follow in your mom’s footsteps and raise them on a vegan diet?

What are your hobbies and other interests?

I love playing my guitars, drawing, dancing, and singing.

What else would you like people to know about you?

I’ve been an actress since I was 3 years old, and have seen lots of changes on sets in the last 10 years. When I first started acting my mom had to bring our food to every job because there was never anything vegan other than salad. Now there’s always something I can eat, and usually other vegans on set!

If you still aren’t convinced that an “appropriately planned … vegan [diet is] healthful, nutritionally adequate and … appropriate for all stages of the life cycle, including … adolescence,” please read this position statement from the Academy of Nutrition and Dietetics, the world’s largest organization of nutrition professionals.”

Many thanks to Yanellie Ireland for taking the time to be interviewed and sharing her example of someone raised vegan! —VT