A Review of I Am Greta 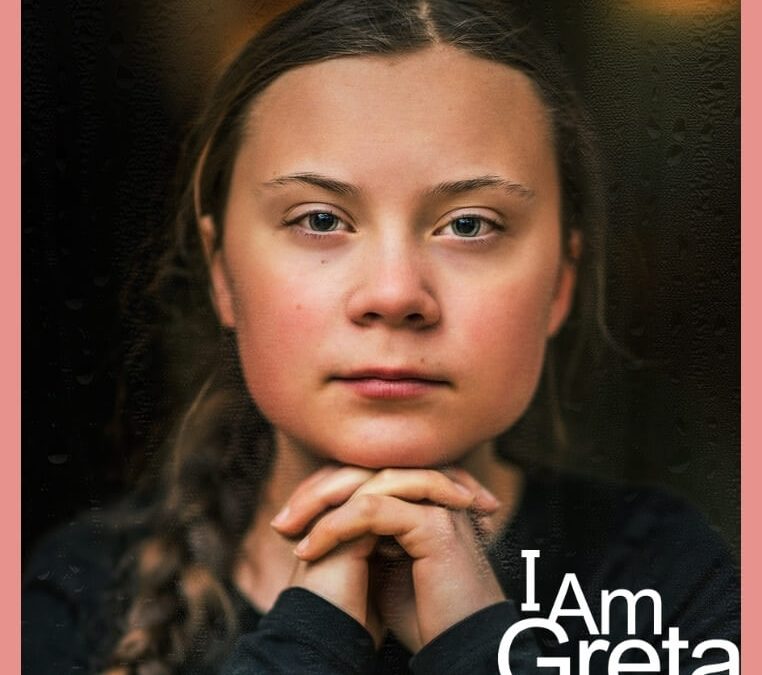 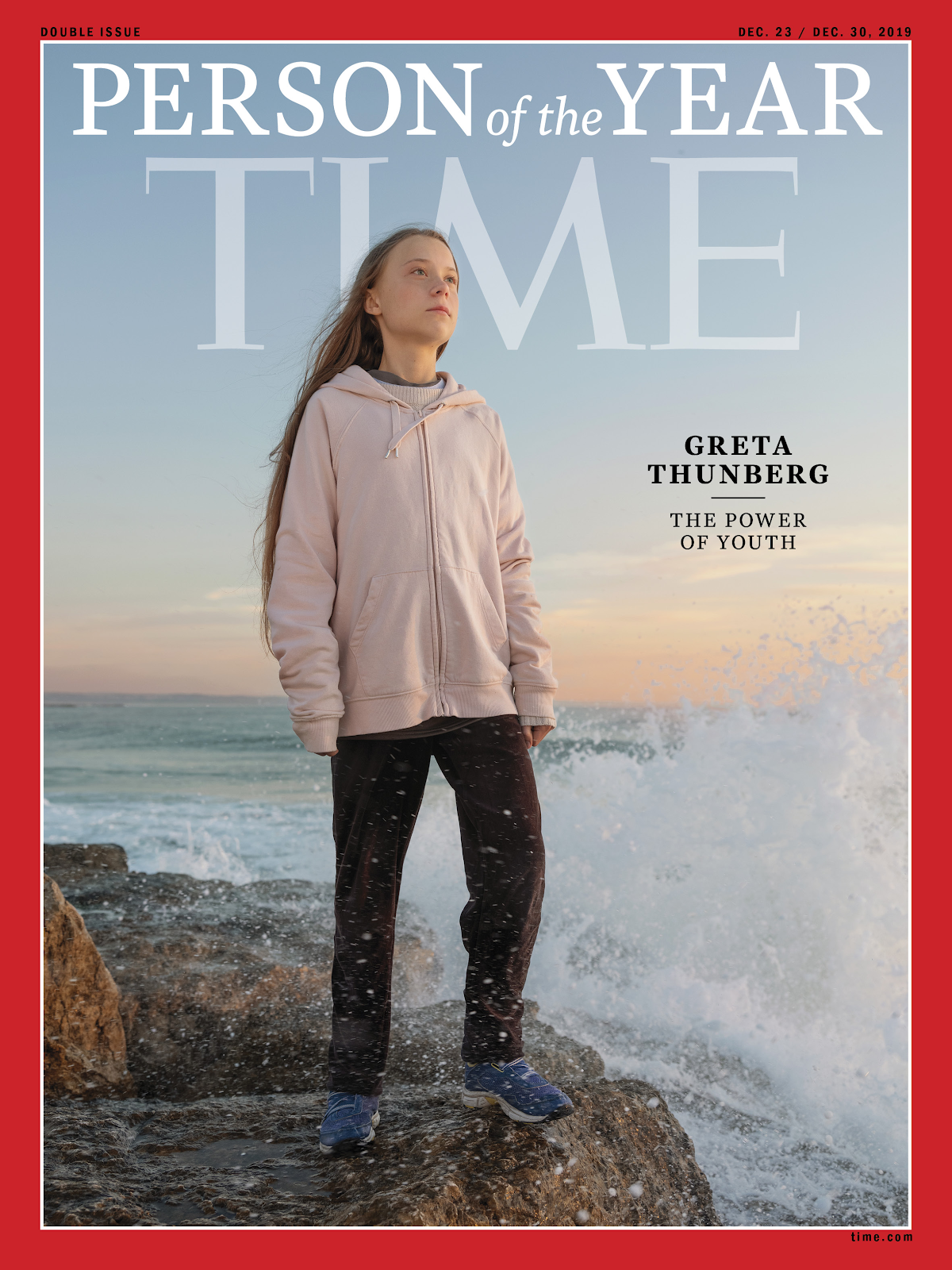 Early in the film, Greta discusses her and her family’s transition from a not-so-eco-friendly lifestyle to one that is quite the opposite.

My family lived a very high-consuming lifestyle. We bought lots of things, we ate meat… Mom and Dad were just like everyone else. They didn’t understand how bad things were. They said that everything would be fine… But that was exactly what made me so afraid. That people seemed to think we were making progress.

Despite the way she and her family used to live—that is, much like most people—Greta has succeeded in turning this around. She has demonstrated how people’s attitudes and lifestyles can change for the better, even if they have lived a certain way for their entire lives. Contrary to rumors that Greta is just her parents’ puppet, throughout the film she asserts that she was actually the driving force behind her family’s lifestyle changes. By being knowledgeable about issues and educating others, Greta shows it truly is possible to change people’s minds, starting with her own family.

Greta’s adoption of a plant-based diet demonstrates just how vital not consuming animal products is to salvaging what’s left of our earth. It recognizes the close connection between climate change and consumerism, particularly when it comes to consuming excess amounts of animal products. According to the Food and Agriculture Organization (FAO) of the United Nations, around 14.5 percent of anthropogenic greenhouse gas emissions can be attributed to animal agriculture. So, it is no wonder the eco-friendly icon steers clear of animal products. Unlike many activists (namely, those of older generations), Greta refuses to be hypocritical — that is, consuming animal products while simultaneously standing up against climate change. She consistently points out the ways in which prior generations have failed younger ones and calls them out on their hypocrisy and tendency to say one thing and do another. 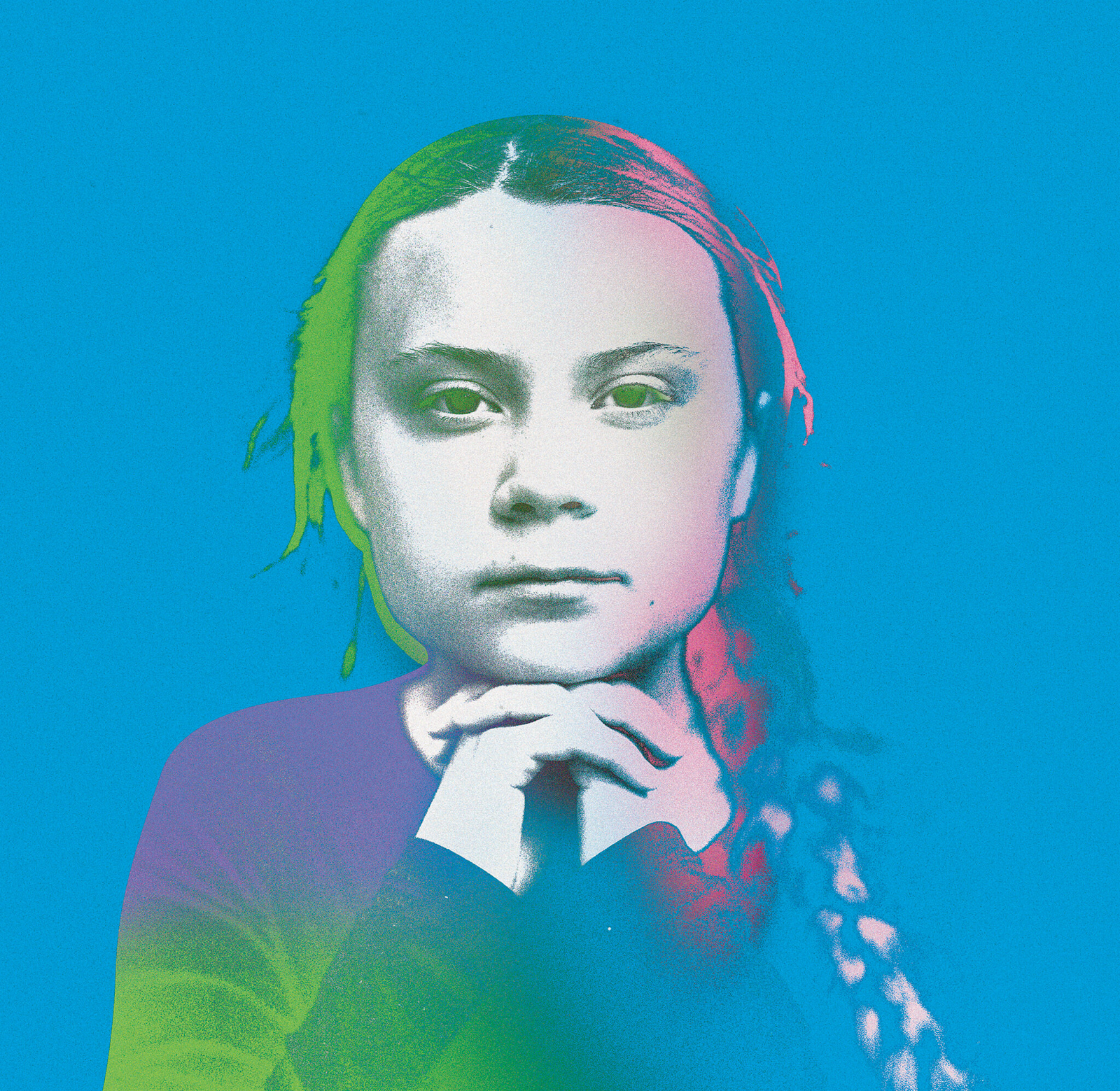 In the film, Greta attends the UN Climate Change conference to serve as a voice for younger generations. While there, she pointed out how few vegan options there were at the event and how much it appalled her to see so many leaders in the fight against climate change consuming animal products.

The only vegan option was rice or bulgur. I can’t believe they’d serve meat and dairy at an event like this. Everyone’s taking … there were no hamburgers left.

Greta’s observations about the eating choices of the leaders at the UN conference demonstrate just how little animal agriculture is brought up in the global discussion around climate change. People tend to forget that climate change is related to issues outside of using reusable water bottles and recycling cardboard. Activists talk about deforestation, for example, yet will often leave out the fact that the majority of deforestation results from animal agriculture. According to the Yale School of the Environment Global Forest Atlas, “Cattle ranching is the largest driver of deforestation in every Amazon country, accounting for 80% of current deforestation rates.” 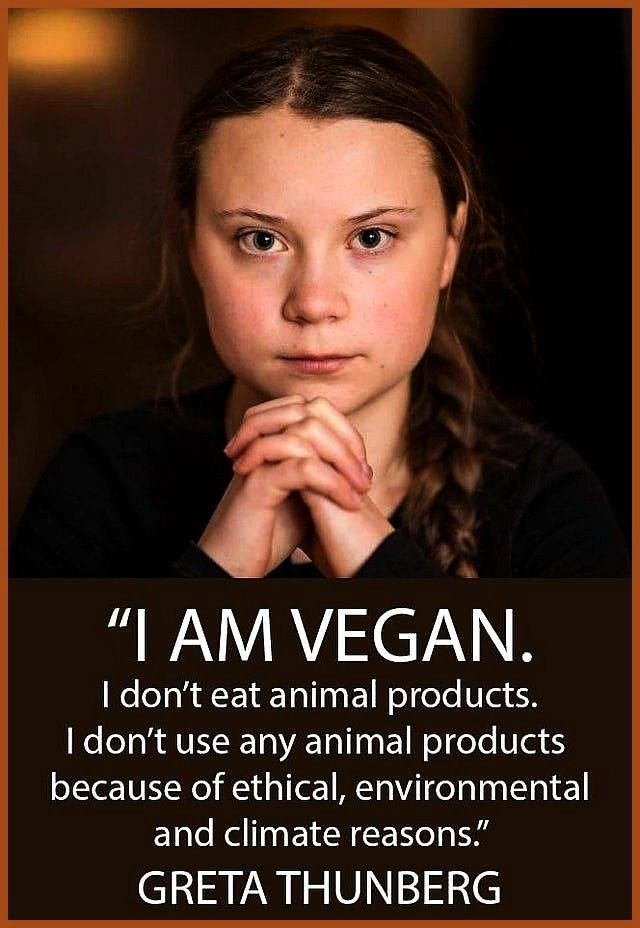 If the solution to our climate crisis was about changing tea bags for loose-leaf tea and eating vegetarian once a week, then it wouldn’t be a crisis.

Climate change is a real existential issue that requires real answers, and sometimes those answers take more commitment than people like to admit. While recycling, turning off the shower, and biking instead of driving are great ways to combat climate change, it is imperative that we aim to eat sustainably as well. The future of our planet depends on it, and Greta does not hold her punches when saying how much is at stake:

and all you can talk about is money and

the science has been crystal clear.

continue to look away?

saying that you are doing enough?

When the politics and solutions

needed are still nowhere in sight.

You are failing us!

But the young people are

starting to understand your betrayal.

The eyes of all future

generations are upon you.

And if you choose to fail us,

I say that we will never forgive you.

The world is waking up.

And change is coming,

I greatly encourage anyone and everyone to watch I Am Greta. Greta serves as an inspiration to many environmental activists across the globe and highlights the importance of following a vegan lifestyle to fight climate change. Hopefully, her image as an environmental activist who emphasizes the importance of eating sustainably will encourage others across the globe to adopt a more sustainable lifestyle by consuming fewer animal products—or, even better, being like Greta and going vegan.