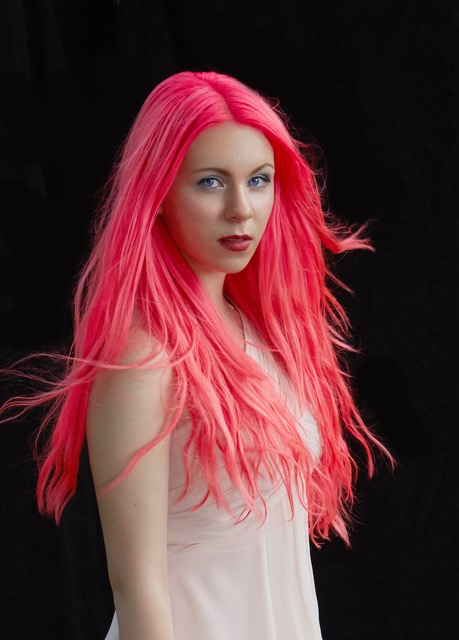 Tell us a little bit about yourself.

Hello! My name is Ameliarose. I am a 17-year-old songwriter from New York hoping to write songs that inspire people and help them get through life feeling less alone. I think music is the greatest way to reach people and make an impact on the world! I am also vegan and have been vegan since I was 12 years old.

When did you first realize that you wanted to be a singer?

I grew up with music playing around me all of the time. My dad is a musician and my mom used to sing, so our house was very musical! I wrote my first song when I was around 7 years old, and it was about saving the orangutans and other endangered animals. Around this same time, my Dad took me to see Jewel in concert and I was absolutely fascinated, and then I went to see Mary Poppins on Broadway right after that. I remember turning to my mom during the show, and I said “THAT is what I want to do.” It was that year I think that I knew that I wanted to perform. Whenever I sing in front of a crowd, whether it be for 10 people or 1000 people, I feel ultimately connected to the music, and it’s that feeling that makes me want to be a musician for the rest of my life.

You were recently a Hollywood Week contestant on Season 2 of American Idol. What was that like for you?

It was absolutely crazy! I learned a lot about myself as a performer and met so many amazing people that I am still very close to. American Idol definitely opened my eyes to see how much talent there is out there! It was incredible to even be considered as talented as these other people around me. Making friends I think was the best part, though. I actually met up this past summer in California with a few of the group members from my group round, and we all just hung out together. It’s just so crazy the bonds you make with the people on these shows. It’s really amazing. You can actually learn more about my American Idol story on my website www.ameliaroseallen.com! 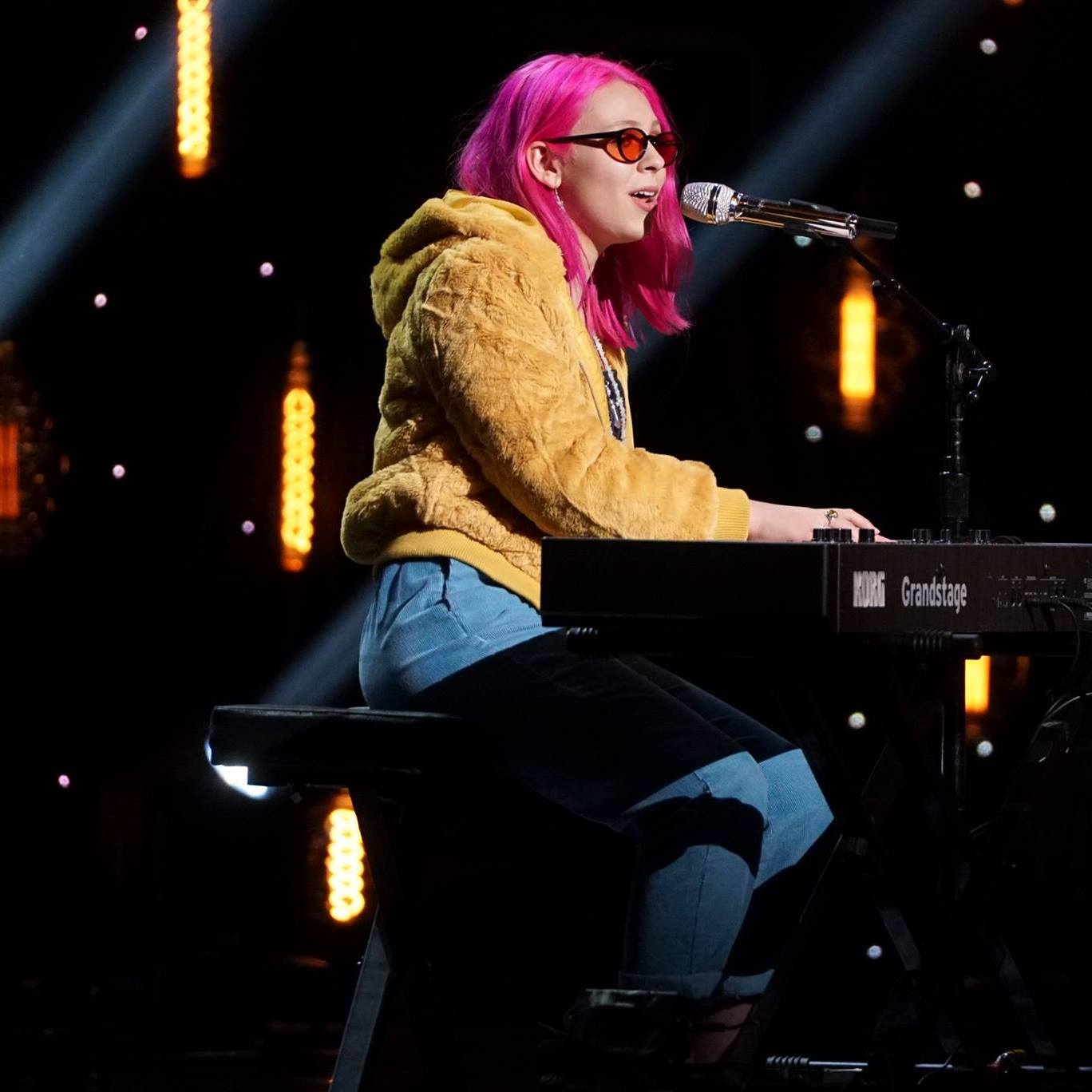 What advice would you give to someone who is looking to audition for American Idol?

Just have fun! Don’t put so much stress on yourself. These competition shows aren’t the only way to get into the music business. It is helpful for some people, but it can also be discouraging sometimes. So, I would tell anyone auditioning for the show to just have fun and be yourself! It can be an amazing experience! 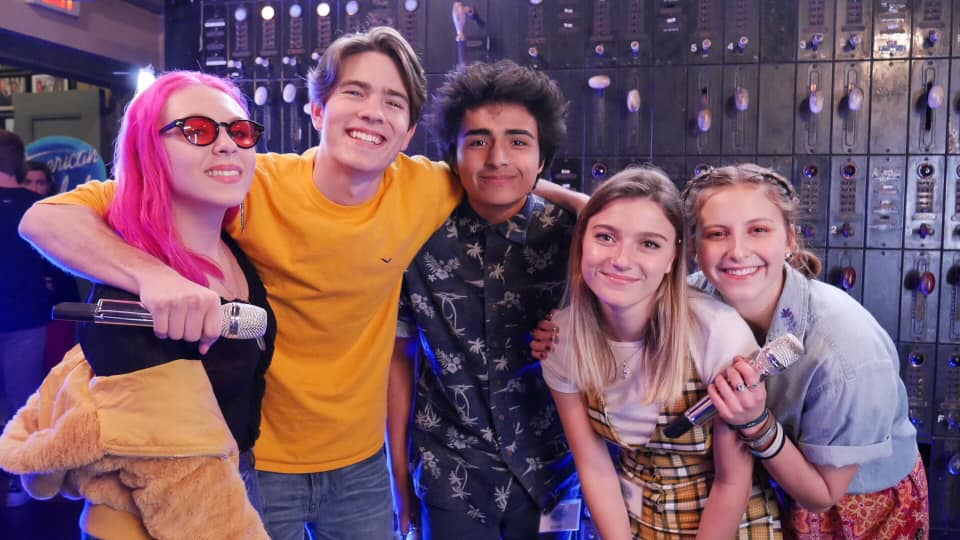 How would you describe your musical style?

I consider my music to be kind of pop-alternative—like a mix of Kimbra, Lorde, St. Vincent and Billie Eilish.

If you could collaborate with any musician, who would it be and why?

Well, currently I am kind of obsessed with Jeff Buckley. He is an artist from the 90’s who tragically passed away before he got really famous. He is very well known for his version of the song “Hallelujah.” Obviously I cannot do any collaborating with him, but if he were still alive, it would definitely be him! My favorite song of his is probably “Lilac Wine.” I aspire to be even just a little bit as amazing at songwriting as he was.

I am also a huge fan of the band Nothing But Thieves. I would love to do a duet with the singer Connor Mason. I love their music, and his voice is amazing! I’ve actually been harmonizing with him for years!

Do you participate in any activities or activism related to veganism?

I participate in Hudson Valley VegFest by playing my music there every year and representing VeganTeen. This October it will be my third year there. It is great because I also get to have a booth, and I bring literature about being vegan with me and talk to people about it when I’m not performing. This spring, I also performed at The Can I Live Animal Rights Music Fest at The Knitting Factory in NYC, which was an event made up of all vegan performers and benefitted a few animal sanctuaries. I have also played at a few other event at animal sanctuaries over the years. I always enjoy being part of the vegan artist community. 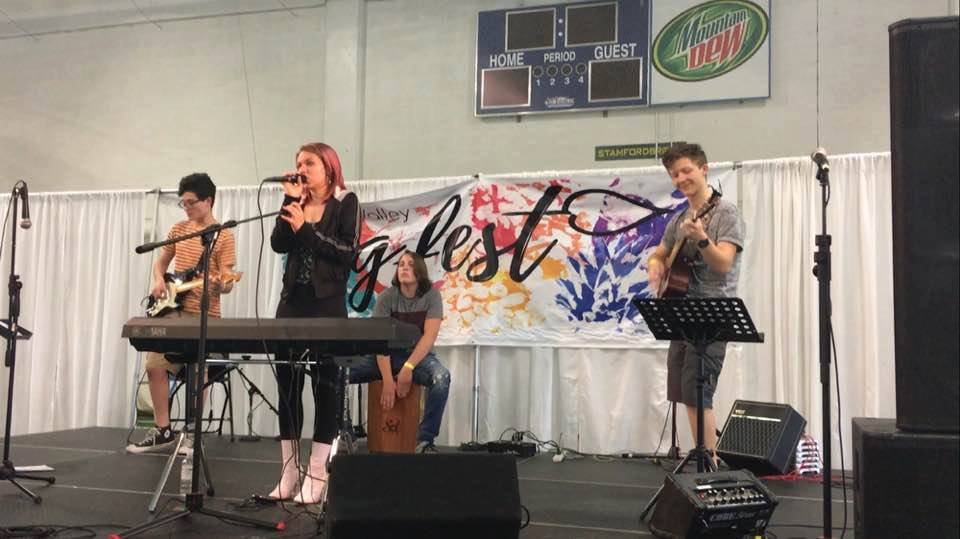 You have been busy recording since returning home from Los Angeles after American Idol last year. What songs have you released and can you tell us a bit about what they are about?

My first solo release was this past May 2019, “Afterlife.” I wrote it because I have trouble sleeping, and my imagination can get crazy. It is sort of about where my mind goes in the middle of the night, my fears etc.

My latest single is “Uneven.” I think it goes along with my vibe of “danceable melancholy,” where the music is kind of dance-y, but the lyrics bring more depth to it. “Uneven” is about being in a relationship where each person’s feelings are clearly imbalanced and therefore uneven. It is ruining the relationship, and it hurts both the people involved. The theme of the song is really tenseness and discomfort. My hope for this song is that many people could relate to it and hopefully learn from my experiences and avoid getting themselves in situations like that. Or at least for them to know that if they are in a situation like that, that they aren’t alone.

My next single will be “Relax,” and along with many other things, it reflects a bit of my experience on American Idol—meeting a ton of new people who are insanely talented and feeling like I may have lost a part of myself because of getting wrapped up in the superficial elements of the show. This song is definitely one of the ones I’m most proud of!

On both “Uneven” and “Relax” I got to work with this amazing musician, Chris Pennie from The Dillinger Escape Plan and Coheed and Cambria. He helped all my visions for these songs become a reality. I am excited to continue working with him moving forward. 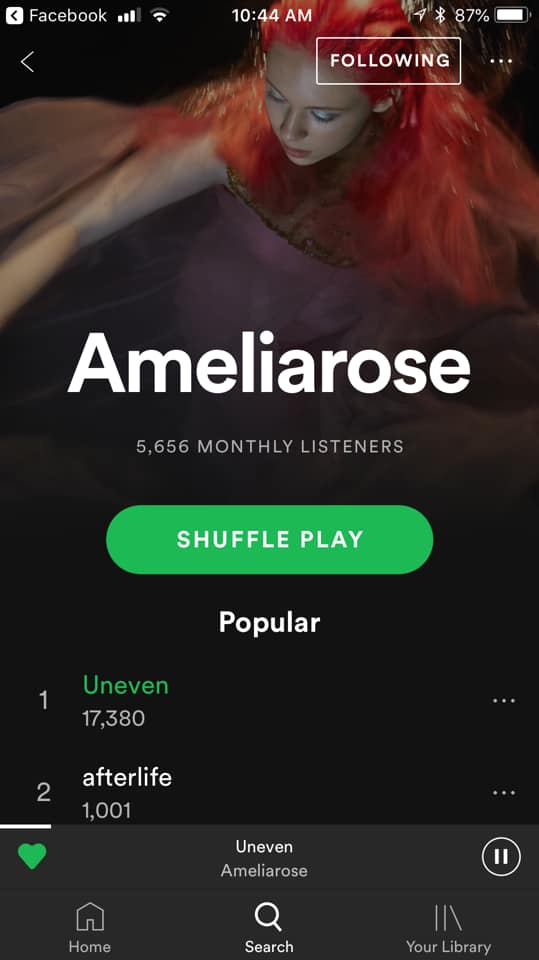 What do you do when you are not performing?

Music really is all-consuming in my life, so I honestly don’t really do much else! I do love theater and acting, though! I also love hiking and anything in nature. I live in a beautiful part of Hew York State where we have amazing trails, and I love to explore when I have the opportunity.

If you had not pursued a career in music, what career do you think you would have followed?

I probably would have wanted to be some sort of environmental activist/inventor or something. I have always been deeply passionate about protecting the environment from global warming and climate change. The first song that I wrote when I was seven was actually called “Save the Whales” and featured a verse about deforestation. Of course this is also part of the reason that I’m vegan! I hope that I am helping the planet because of it, even if in just a small way.

If you could change one thing in the world, what it be and why?

It would be to force big companies to use green energy, so we can conserve non renewable energy sources for things we really need them for. 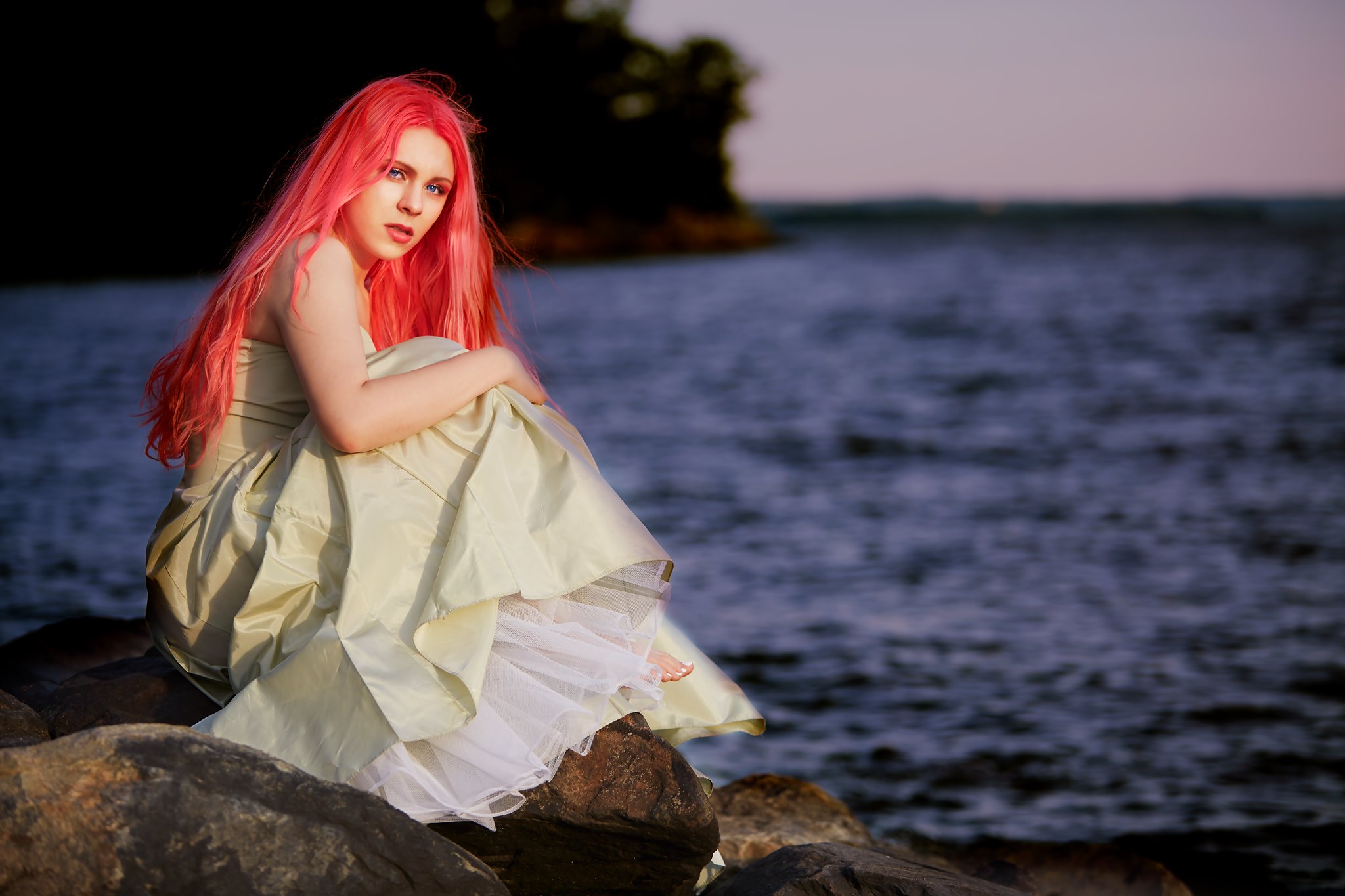 If you could go back in time and give yourself one piece of advice, when would it be?

I would tell myself to less hard on myself. I tend to put a lot pressure on myself and my art. Sometimes it really stresses me out. I think I’m dealing with it better now, but I would definitely go back and tell myself to just be confident in my writing.

How can we find out more you, your music etc.?

Please check out my website www.ameliaroseallen.com. All of the links to my music are there and of course you can just go to iTunes, Amazon, Google Play and Spotify and follow me. Also my social media is: Instagram @whoisameliarose, Faceook “ameliarose” and @redglassesgal on Twitter!